Each month, you can vote for your favourite players across five divisions of English football, for the chance to win incredible prizes, including the opportunity to present the award to the winning player.

Your WSL nominees for January are…

Dagny Brynjarsdottir is now consistently operating further forward than she was doing earlier in the season and her direct goal contributions were of huge significance for West Ham during a positive January.

The Iceland international got the stoppage-time assist against a strong Tottenham side when the Hammers were down to ten players and later netted in a convincing win over Everton. 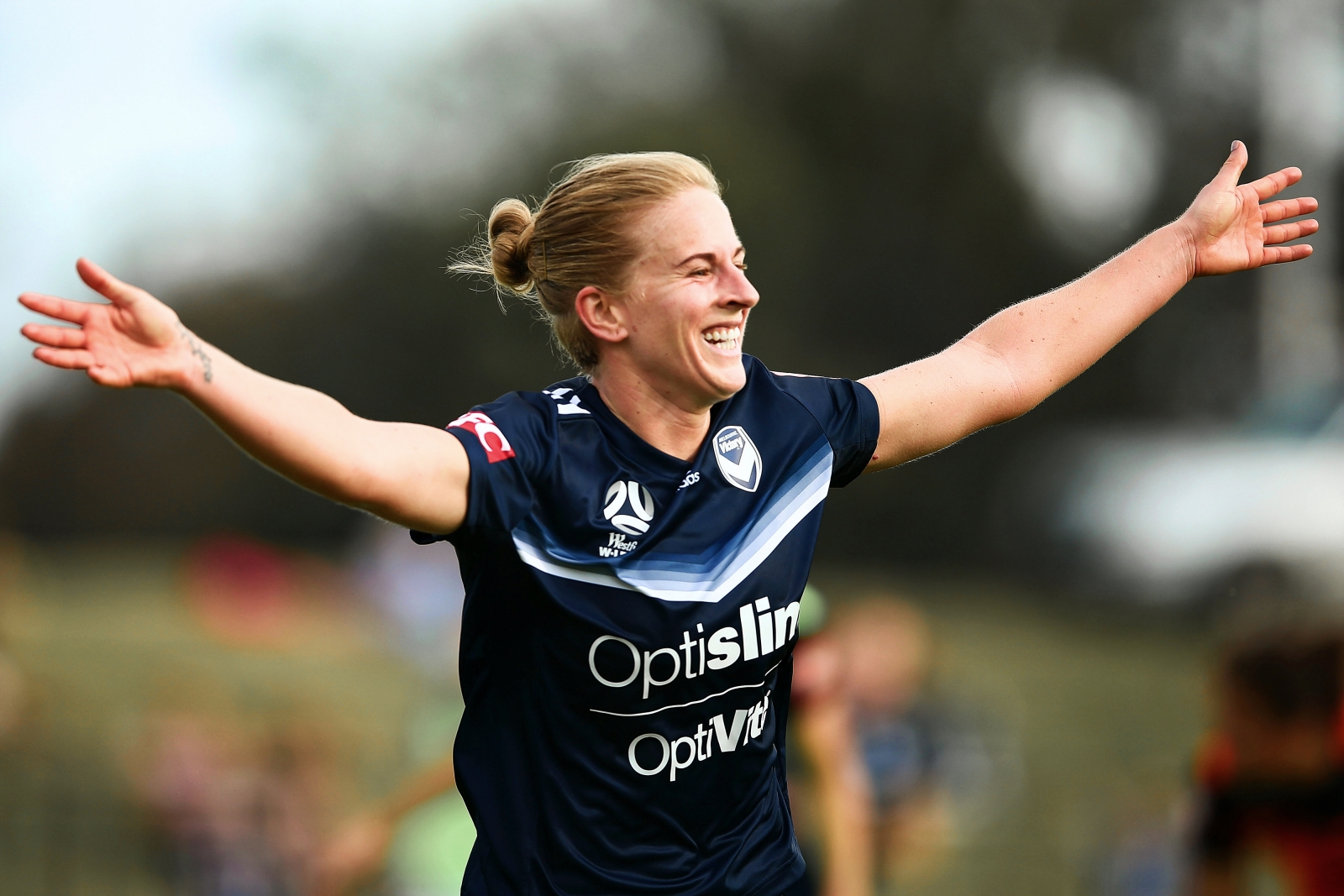 Natasha Dowie scored twice more in the WSL in January, netting in each of Reading’s victories over Leicester and Birmingham to extend their winning run to four games and their unbeaten run to seven.

The veteran striker scored an outstanding lob from distance that was the only goal of the Leicester game, while she also netted the equalising goal in the 3-2 comeback win against Birmingham,

Manchester United winger Leah Galton almost singlehandedly tore Birmingham apart in the opening 18 minutes of a thumping 5-0 win for her team to start January, laying on the first goal and then scoring twice herself.

Galton further showed she is back to her electrifying best with the third goal in a convincing rout of Champions League-chasing rivals Tottenham.

Teenage Reading winger Emma Harries is continuing to take the WSL by storm this season, with two more fine performances in January.

Harries scored the dramatic winner as the Royals came from 2-0 down to beat Birmingham. Earlier in the month, she had also been a thorn in the side of Leicester and hit the woodwork in that victory.

Hemp continues to perform with incredible consistency and scored a killer second goal for City in what proved to a heavy thrashing of Brighton. She later assisted in a tense 1-1 draw against leaguer leaders Arsenal.

Georgia Stanway has a fine month in January / Visionhaus/GettyImages

Having been forced to fill in an an emergency full-back at times earlier this season, Georgia Stanway is thriving back in her usual midfield role, showcasing both sides of her game in January.

A goal against Brighton and then two more against Aston Villa helped power City to comfortable wins. Against Arsenal, it was a slightly different story, with a more tenacious performance off the ball stifling the Gunners.

You can place your vote here!

NO PURCHASE NECESSARY. Enter Competition between 10/5/21 at 6:00 PM BST and 6/11/23 at 6:59 PM BST; conducted as 18 separate monthly competitions & 2 separate Grand Prize competitions. Open to legal residents of the United Kingdom (excluding Northern Ireland), who are 16+ at time of entry. Limit 1 entry per person per period.

See Official Rules for full details on how to enter, eligibility requirements, entry periods, odds of winning, prize descriptions and limitations. Void in Northern Ireland and where prohibited.

[ad_1] Jack Grealish has insisted that Manchester City will use their Champions League semi-final heartbreak as motivation in the final few weeks of the Premier League season. Despite taking a two-goal lead on four separate occasions in their semi-final clash with Real Madrid, City were knocked out of the competition by an added-time brace from…

[ad_1] Andreas Christensen is on the verge of signing a pre-contract agreement with Barcelona, 90min understands, despite Chelsea launching a final bid to keep him at Stamford Bridge. The academy graduate is into the final four months of his current deal and there has been growing fear that he could walk away on a free…

[ad_1] Chelsea are readying a £14m offer for Cristiano Ronaldo, who has told Manchester United he wants to leave to play in the Champions League. The Red Devils are unsure when he will return for pre-season training. Meanwhile, Bayern Munich CEO Oliver Kahn has ruled the German champions out of the running to sign Ronaldo,…

[ad_1] Real Madrid forward Rodrygo believes he can become the ‘best in the world’ over the coming years. After initially struggling to shine at the Santiago Bernabeu following a €45m move from Santos, the 21-year-old enjoyed a more prominent role last season, making 49 appearances in all competitions and scoring nine goals. This included a…

[ad_1] Mikel Arteta hit out at the Premier League for their scheduling of Arsenal’s fixtures after watching his side lose 2-0 to Liverpool at the Emirates Stadium. The Gunners were the better side in the opening 45 minutes as they looked to extend their five-match winning streak, but second-half goals from Diogo Jota and Roberto…

[ad_1] Week 14 of the 2022 MLS season is done with most of the league now ready to break off for another international break. This latest round of games saw the LA Galaxy and New York Red Bulls pick up resounding wins, NYCFC bunker in for a 1-0 away at Minnesota United, FC Dallas continue…